My husband is the best wildlife spotter I’ve ever known. From bighorn sheep on a distant peak to slim snakes slipping through the grass at our feet, he spies all the small and not-so-small miracles that surround us at Stillwater and beyond.

Yesterday, as we walked up to the Fort, he pointed at this rock. “Look!” 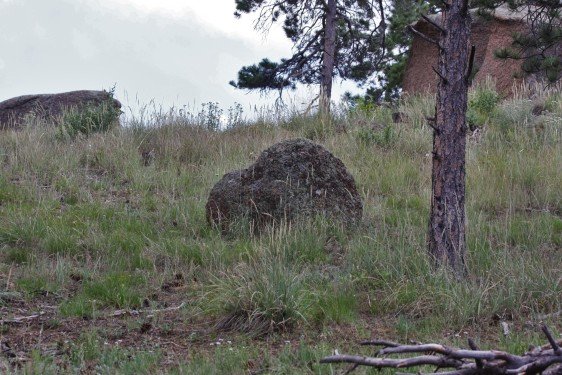 We stepped closer. Still, all I saw was a rock. That’s all Chloe saw, too–if she even saw that. As usual, she was rushing past in vain pursuit of some small creature, real or imagined. 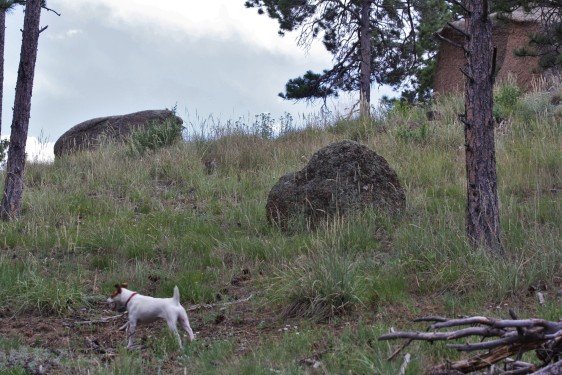 As Chloe passed, a wild flurry of feathers erupted from the ground. It happened so fast; my mind went songbird, gray, slim, thrush? and then the fluttering rush had passed–and so had Chloe. Which was a good thing, because Mama Bird had revealed a secret. 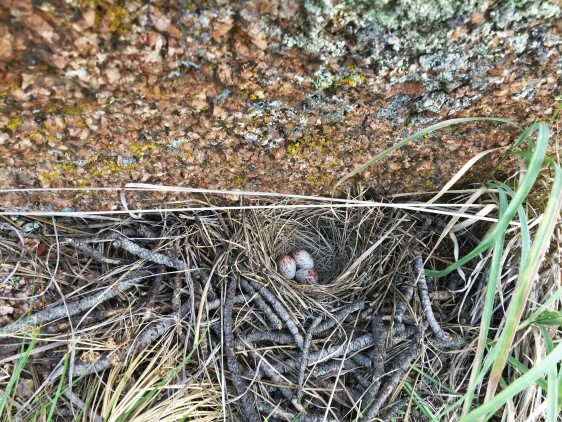 My husband may be a champion spotter, but I’m the identification whiz. And surely I had enough to work with–a nest, a bird in hasty flight, and three eggs, pale blue with rust-colored spots. Identification should be a cinch, right?

I poked around the internet when we got home and decided we’d found the nest of a song sparrow. I had my doubts about the bird we’d spotted; she seemed larger than a sparrow, and more gray than brown, but the eggs made up my mind. They’re textbook song sparrow eggs. 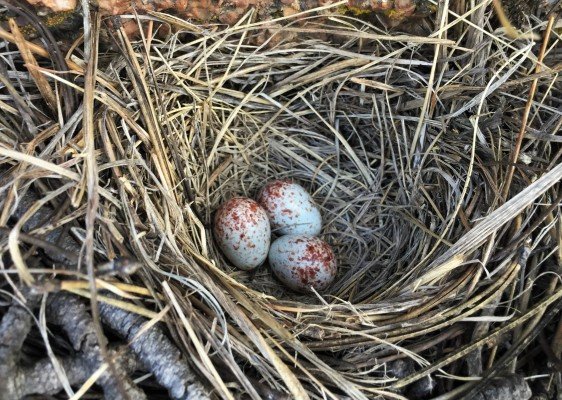 It’s always best to leave nests and eggs alone, but I was worried we’d frightened the mother away for good, so the next day we geared up with binoculars and a long-lensed camera and set off to check on her from a safe distance.

And there she was, patiently brooding. 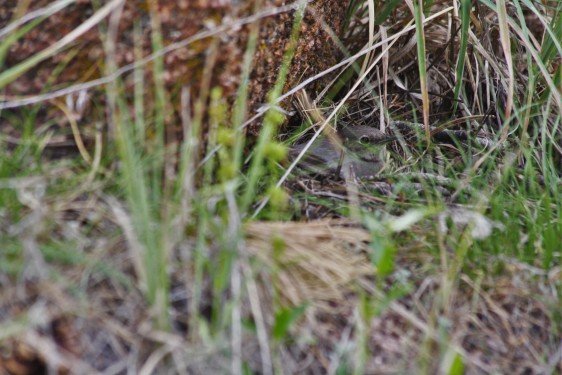 She was clearly aware of our presence, but she sat perfectly still while I took a few photos.

Or did she? Here you can see she’s  turned her head, ever so slightly, to look at us. I never actually saw her move, but the pictures prove it. 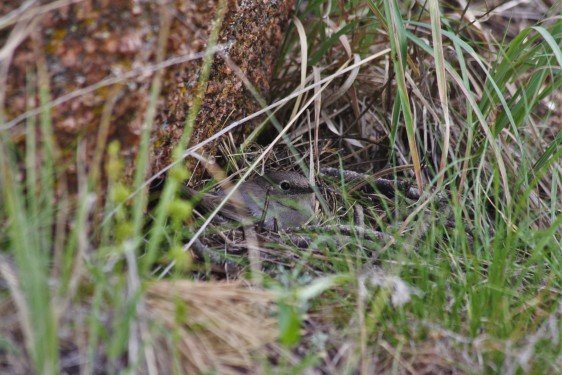 And here’s the thing: She’s no song sparrow.

She’s a drab little thing, but beautiful in her calm Quaker gray, and I have no idea what kind of bird she is. What Western bird nests on the ground, lays a clutch of pale blue eggs with rust-colored spots, and wears a humble gray housedress while she watches the kids?

Here’s a photo that shows her tail, in case that helps. 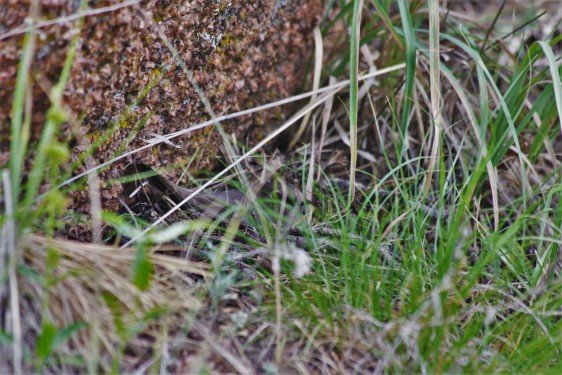 Whatever kind of bird she is, my heart goes out to her for her unquestioning devotion and quiet courage. Her nest is so artfully constructed, so craftily hidden–it’s a privilege to catch a glimpse of such precious treasure.

But I still want to know–what kind of bird is she?

Free books are up for grabs for the reader who answers that question!