Our new cat is starting to make himself at home.

He’s still nameless, although I admit that despite all the clever names you all came up with, I still think of him as Blue. It’s a pretty sedate name, though, for such a terrifying creature. This is what I woke up to this morning. 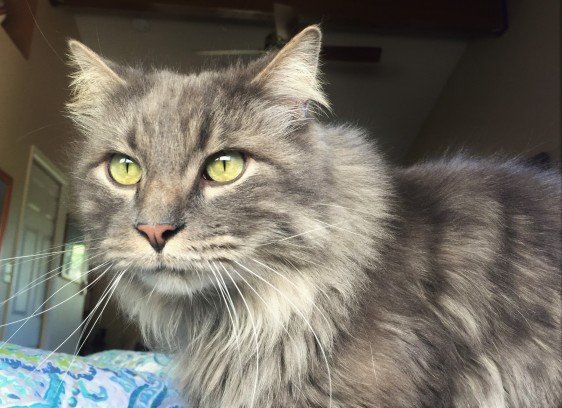 We should probably name him Dragon, or Lion, or maybe Insane Killer Kitty Cat. When you’re trying to sleep with this looming over you, it’s tough to stay lost in dreamland. When Blue wants his breakfast, he wants it now. He says so, repeatedly. Now. Now. Now.

He’s a very talkative fellow, and his tone of voice cracks me up. He sounds permanently disgruntled; his meow perfectly matches his expression, which is frequently scowly. Like the actress Anna Kendrick, he has a bad case of Resting Bitch Face (RBF).

It’s not his fault he’s grumpy. He’s tapering off Prednisone for some previous tummy trouble, and the medication makes him insanely hungry. The shelter warned us that he could be very aggressive about food. We looked at our sweet little ball of fluff and laughed.

Well, we’re not laughing any more! And neither is poor Blue. At breakfast time, I make him eat in the hallway, where I have a baby-gate set up so he and the dogs can eat together. The idea is to give them positive associations when they see each other. Getting Blue to tolerate the dogs has been a challenge; I think he must have had some bad experiences with canines in the past.

But while I get the dogs’ rather elaborate dinner ready, poor Blue has to wait. 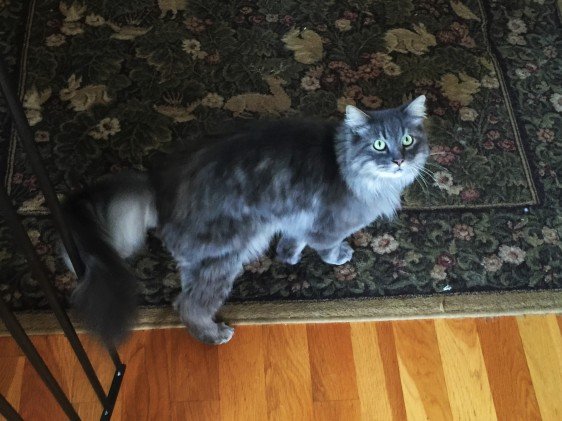 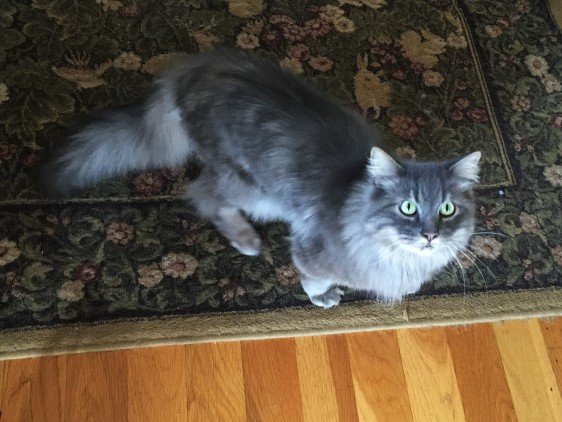 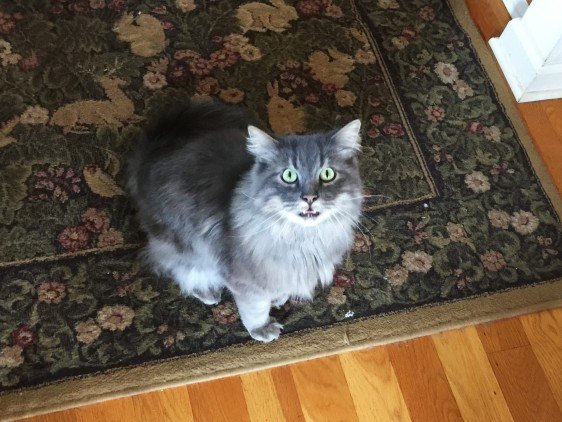 But the plan seems to be working. For about ten minutes, we have a peaceable kingdom, with everyone happily munching away in perfect interspecies harmony. 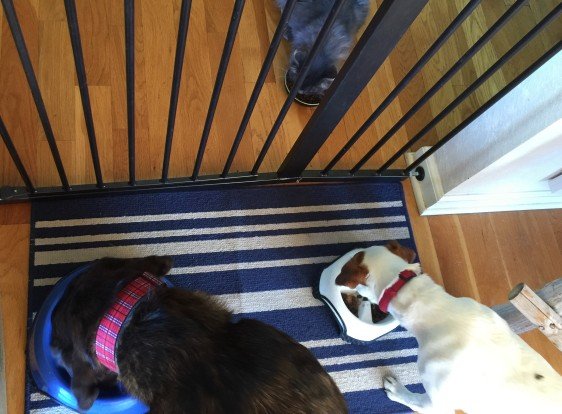 Meanwhile, our new kitty is becoming even more beautiful – or is that blue-tiful? His coat is becoming a lustrous true blue, and as he recovers from the stresses of shelter life he joins the family more and more. He’s marvelously affectionate, although he can be demanding. And between that voice and his Resting Bitch Face, he’s a study in contrast that keeps us amused. We love him, and know he’ll find his way into the fabric of our family soon.