On Easter Sunday, I spent the day with a friend. We had dinner at the Bunkhouse, then toured the back roads west of Stillwater. It might be a rather non-traditional way to spend Easter, but was a lovely, leisurely day. We stopped often to take pictures and admire the scenery.

One of our stops was the Ames Monument. It was built in 1882 to recognize Oakes and Oliver Ames for their contributions to the building of the trans-continental railroad, but instead of honoring their accomplishment, it’s become a monument to broken dreams.

Abraham Lincoln told congressman Oakes Ames that he would be “the most remembered man in America” if he could secure financing for the railroad. Ames succeeded, but his reputation was later tarnished by a financial scandal.

I always thought the monument was built before the scandal, but it was actually built in an effort to restore the image of Ames and the Union Pacific. It marked the highest point on the railroad, and the small town of Sherman grew up around it, with a schoolhouse, two saloons, two hotels, and a small graveyard. 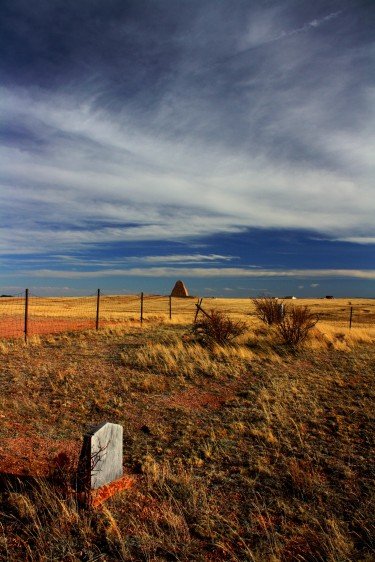 In 1918, the railroad relocated the tracks and the town faded away. All that remains now are a few stone foundations and the graveyard. A marker placed there in the fifties states that “most bodies have been removed.” 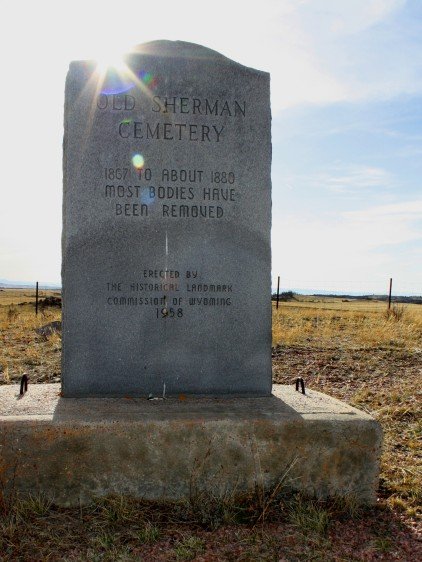 “Most” of them? It make you wonder about the ones left behind on that lonesome plain. There’s a story there…

There are so many places like this in the West, where small towns flourished and died, done in by played-out mines and defunct railroad spurs. I always wonder about their last days. What was it like to watch your hometown die around you – to stay behind while virtually everyone else moved on? 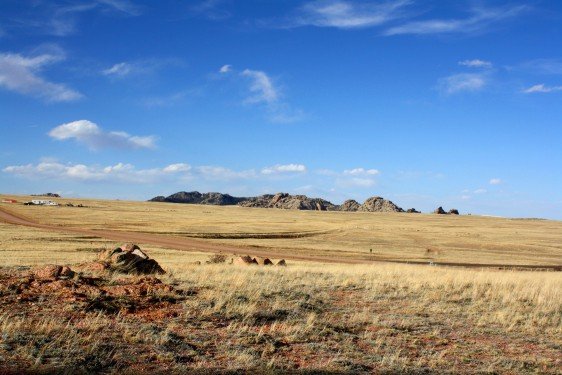 I’ve heard there were women left in mining towns who simply couldn’t afford to move away after the mine played out. Some stayed there alone for decades, eking out a lonely living with only the wind for company.

And that’s another story. Maybe a woman stayed because of the graveyard. Maybe there was someone there she couldn’t bear to leave—a child, a husband, or a lover. Maybe she became a bit of a ghost herself when she chose to stay with the dead rather than moving on. 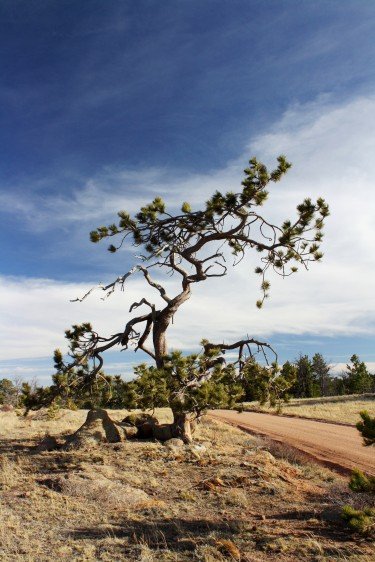 You can only hope that love of the land and the struggle for survival would spark something in her that brought her back to life. There’s something in this wild land that toughens the spirit and inspires the soul. I hope that would happen.

It would in my book.

Funny—I set out to offer a little bit of history and a couple of photos, but instead I’ve ruminated my way into a story. And this being Easter Sunday, it’s a story of resurrection and rebirth of the spirit.

Happy Easter, everyone. Maybe my day wasn’t so non-traditional after all.