Arlo Green served in Vietnam with Jess Bailey’s father. The two were close as brothers, but while Heck Bailey returned to his family’s Wyoming ranch after the war, Arlo became a wanderer–one of those grizzled men you see by the side of the highway with a packed rucksack, an old dog, and a cardboard sign saying “Veteran–Anything Will Help, God Bless You.”

The two lost touch for years, until the day Arlo hiked up the Bailey’s driveway, dirty, weary and lost. Heck opened his home to his old friend, setting him up in the guest room with clean sheets and a portable TV, but Arlo was missing in the morning. The bed was still made, the water on the bedside table untouched. It was almost as if Heck had only dreamed his old friend had returned. 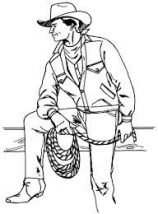 Shaking his head, he headed out to the barn to do chores, only to find his horses were missing, too. He thought he’d lost his mind when he saw them in the corral, munching contentedly on the morning meal of hay he’d intended to give them. Arlo perched on the fence, watching them eat, speaking softly to a jumpy mare Heck had picked up at a livestock auction as a rehabilitation prospect.

Heck called horses like the mare rehabilitation prospects, but he didn’t get a whole lot of rehabilitation done. With forty thousand acres of grazing land to care for, miles of fence to mend, and enough cattle to fill those fences, he didn’t have time for the horses he adopted, and turned most of them out to pasture. That changed after Arlo’s arrival; something in the broken man links him to abused horses in a way that’s almost mystical. They trust him, and he finds ways to relieve them of the fears that keep them from functioning in a world run by men. 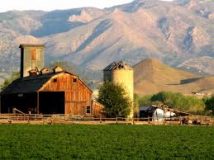 But Aldo’s own fears never left him. Though he became an indispensable ranch hand and an honorary member of the Bailey family, he never returned to the house for more than a nervous hour or two. Ceilings made him nervous, and walls made him feel confined. By the winter after his arrival, Heck talked him into moving into a makeshift apartment in the back of the barn, but that’s as close to civilization as Arlo was willing to get.

Arlo’s story was an integral part of my latest book, but after a careful consideration of the plot, prompted by the realization that I’ve nearly reached my maximum word count but have only told half the story, I reluctantly cut out his scenes. They had little impact on the story, and readers won’t notice his absence. But I feel it keenly, as if I abandoned a friend, or, worse yet, murdered one. Actually, I did worse than that; I denied him the life he came to claim. Except in my own mind, he never got to have any sort of life at all.

There’s still a remnant of Arlo remaining: this blog post, plus his deleted scenes on a file on my 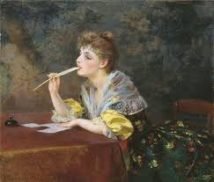 computer. It’s possible I’ll resurrect him for another story, but that rarely happens. His life, which seems brightly, profoundly real to me, was like a falling star that streaked across my fictional universe, burning bright, then burning out.

It’s silly, I know. Arlo is fictional, a figment of my imagination. But he was one of those characters who seemed so real to me, so alive, that it’s hard to believe he doesn’t actually exist somewhere on this nonfictional earth. I’ve found quite a few characters like that–characters I wouldn’t be surprised to see coming toward me on the sidewalk in Cheyenne, sitting beside me at a rodeo, or bellied up to the bar at the Bunkhouse.

Even the animals seem real. Just the other day, we were at a friend’s house, visiting with their critters, who included, I kid you not, a forty-six year-old mule named TooTall. (And yes, there will be more on TooTall sometime later, probably as a character in a book!) I turned to Scrape and said, “Remember that mule Mack and Cat had? What was his name, anyway? I can’t remember.” 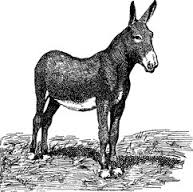 “Who the heck are Mack and Cat?” he asked.

“You know, from Cowboy Tough,” I said. “They had that mule with the spots.”

He just shook his head and rolled his eyes. “I thought you were talking about real people.”

But I was! They’re real to me, and in the moment I asked the question, I genuinely expected him to remember them. I’d spent nearly every day for a year with them (and their mule), so of course they seem real to me.

They say you have to be a little crazy to write fiction, and I guess I fit the bill. I hear voices in my head. I have imaginary friends. Usually, that’s a good thing–a rich little side-dish of life, created just for me and my readers.

But on days like today, when I have to kill a character I’ve come to love, it’s not quite as much fun.

Note: Do you remember the name of Mack’s mule? The first person to put the name in the comments wins a free Joanne Kennedy book – your choice!